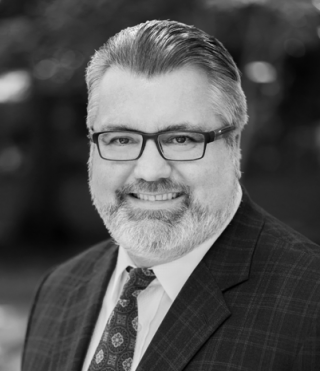 Kevin Urbatsch is a principal of the special needs and settlement planning law firm, The Urbatsch Law Firm P.C. located in Walnut Creek, California. Kevin also serves as National Director of the Academy of Special Needs Planners (ASNP), a national organization of special needs and settlement planning professionals. Kevin also serves as Editor-in-Chief of the NAELA Journal. Kevin is a Certified Specialist in Estate Planning, Trust, and Probate Law by the California State Bar Board of Legal Specialization. Kevin is also a fellow of the American College of Trust and Estate Counsel (ACTEC).

In 2013, Parenting Magazine named Kevin as one of the nation’s Top Child Advocates for his work in fighting for the rights of children with special needs. In May 2011, Kevin was presented the NAELA’s Presidential Recognition Award for his work in special needs planning. In each year from 2010 to 2015, Kevin was named a Northern California Superlawyer. In 2009, Kevin was named KRON-TV’s Best of the Bay estate-planning attorney for Northern California.

Kevin has been a member of the California Bar since 1993. He received his law degree from St. Louis University in 1993 and his undergraduate degree from Truman State University in 1988. He began his California law practice as a litigator where he specialized in a variety of matters, including but not limited to elder financial abuse, Americans with Disabilities Act public access cases, and trust and estate litigation.

Comprehensive Overview of Public Benefits for Persons with Disabilities

Persons with disabilities come from every background and have different needs. A professional must have a solid grasp of the public benefits available to understand what it takes to create and administer a plan to fully enhance a person with a disability’s life. This is an overview of how the professional identifies available public benefit programs available for persons with disabilities, the eligibility requirements for each program, and the needed tools professionals must have in order to obtain these benefits for their clients. This session is a necessary foundation for the rest of the day’s programs that will build a deeper understanding of the most important benefits for people with disabilities.

Obtaining and Evaluating Health Care Coverage for Persons with Disabilities

There has been a historic (and unprecedented) shift in paying for and obtaining healthcare for persons with disabilities. The Affordable Care Act (sometimes known as Obamacare) provides persons with disabilities incredible new access to different types of health care coverage. Yet, the devil is in the details. How is the
professional supposed to know whether obtaining a private health plan is better than keeping existing Medi-Cal coverage? What happens if the person with a disability becomes eligible for Medicare? How do I determine which plan best meets my client’s needs? This session will provide the professional with a roadmap to determine what is the best healthcare coverage for the client and how to set up a plan to take full advantage of all options while maintaining flexibility to make changes when things change.

Advocating for Regional Center Services for Clients with Developmental Disabilities

Supplemental Security Income (SSI) is often the gateway public benefit program that opens the door to many other programs. It automatically qualifies the recipient for Medi-Cal and its definition of “disability” is used for many other public benefit programs. However, SSI is one of the most densely managed public benefit programs available to persons with disabilities and can be overwhelming to the uninitiated. There are thousands of pages of government policy, hundreds of pages of laws, and active enforcement by the Social Security Administration. Yet, there are fundamental rules that once mastered makes planning and administering SSI much easier for the professional. This session will provide a thorough review of these rules along with handouts and cheat sheets to make the job of managing a client’s SSI eligibility easier.

Putting Together the Public Benefits Puzzle for SNT Beneficiaries

The final program of the day will tie together what has been taught all day. The professional is responsible to make sure that the client with a disability’s needs is well taken care of both personally and financially. Is preserving every public benefits always the right answer? What if a program is available by one program but jeopardizes another? What happens when the person with a disability transitions from one program to another? The professional needs the tools to properly evaluate an individual client’s needs and how best to resolve those needs. This session will bring together our professional to assist the attendees in reviewing common planning scenarios and coming up with proposed solutions.

Administering an SNT is a very important job, which often has a profound impact on the life of persons with disabilities. In most cases, the SNT trustee is providing the beneficiary goods and services that improve their quality of life. In some cases, the SNT trustee may be the only person looking to the beneficiary’s welfare. The great SNT trustee is a solid financial manager, accountant, record keeper, legal counselor, public benefits advisor, social worker, housing coordinator, civil rights advocate, guardian, and life coach. This session will provide the professional with the appropriate systems so the SNT trustee properly manages the trust and the attorney can ensure that the trustee is doing an excellent job. The goals of this session are to turn good SNT trustees into great SNT trustees.

An SNT trustee has a legal duty to decide how best to make distributions that will enhance the quality of life of a beneficiary with a disability. The best way to do this is to set up a budget of items and services that will be paid from the SNT. But a budget is not a static, one-time task. Once a budget is established, it is immediately beset with unforeseen costs, poor investment performance, and special one-time expenses. This session will
provide the professional with information on how to handle these circumstances. The presenters will discuss the legal standard for SNT investment based on the type of SNT the trustee is managing, provide a summary of the types of proper asset classes for an SNT, discuss the use of professional money advisers to assist the
trustee, cover questions that arise when hiring a professional money adviser, and discuss the best methods for ongoing investment monitoring.

A challenging aspect of managing an SNT is handling the SNT beneficiary’s housing. This becomes more difficult for the SNT beneficiary on Section 8. There are additional areas of concern for purchasing a home by the SNT trustee, placing a down payment on a home, and additional requirements for court-supervised SNTs. This program will provide a detailed overview of the essential issues the SNT trustee and their attorney needs to know to properly manage this challenging area.

If you’d like to bring a guest/spouse to two receptions, all meals and attend the Dr. Temple Grandin presentation for $350.