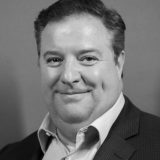 Mark C. Metzger is an attorney, professional practice coach for attorneys, father of three, and grandfather of one and believes himself to be a gourmet chef.

He’s practiced law since 1989, all in the Chicago area. The first phase of his legal career involved work at a large firm and focused on litigation. Mark was a member of a team defending a large corporate client all over the country, and this work had him trying cases in the eastern seaboard and Great Lakes states, while slowly growing an interest in the transactional law practices. The second phase of his career saw Mark transition his practice to a small law firm that bears his name and completed a transition to a largely transactional practice focused on estate planning, elder law and real estate matters.

Six years into this phase, Mark experienced his first professional practice coaching when the marketing company he’d engaged invited him to begin attending meetings of its coaching group. That day and a half of work transformed Mark’s practice. It led to a more than 5X revenue increase, reduced his time in the office and built his satisfaction with the practice of law to all-time highs.

Mark’s career eventually entered its third (and current) phase, in which he is now an Atticus Practice Advisor working with other attorneys to transform their practices. He still has his practice, which continues to grow and which now serves as a laboratory for trying new things that he’s teaching.

And the cooking? Let’s just say that Mark hasn’t met a kitchen tool he doesn’t need, he lives for his mis en place and he’s working his way through the collected culinary wisdom of Rick Bayless, Thomas Keller and Michael Ruhlman. You don’t want to miss dinner at Mark’s house.