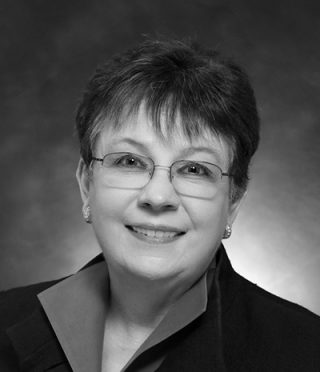 Judge Mary Thornton House retired from the Los Angeles Superior Court in
September 2018 after serving for 22 years. She is a private neutral for Alternative
Resolution Centers (ARC). Prior to her retirement, she presided over trusts, wills,
estate, conservatorship and guardianship matters in Pasadena and the Stanley Mosk
Courthouse. The bulk of her years on the Superior Court was in probate or general civil
litigation individual calendar courts.
In March 2004, Los Angeles County honored her as one of its ‘Women of the
Year’ for her efforts on behalf of women’s issues. In October 2004, she was recognized
by the Pasadena Bar Association as their ‘Judge of the Year.’ In 2008, the California
Judges Association awarded her the Bernard F. Jefferson’s Award for Excellence in
Judicial Education. In June 2010, she was elected and served for one year as Vice-
President of the California Judges Association. In February 2011, the San Fernando
Valley Bar Association awarded her the “Excellence in Judicial Administration” award.
In March 2013, the San Fernando Valley Bar Association named her their “2013 Judge
of the Year.”
Judge House was the 2011 and 2012 Dean of California B.E. Witkin Judicial
College which provides for education of all judicial officers in California. The college is a
nationally recognized institution and exemplar for judicial education; she has been an
instructor and seminar leader since 1997. Judge House is a past and present member
of many California statewide committees. Of note, she served six years as a member of
the California Administrative Office of the Court’s Civil and Small Claims Advisory
Committee. Prior to leading the workgroup that was instrumental in passing the new
Expedited Jury Trials legislation and court rules in 2010 and the newly revised
Expedited Jury Trials legislation implemented in 2016, she supervised the statewide
conversion of legalistic pleading forms for small claims cases into a plain language
format.
She was instrumental in the development of the universal judgment form in wide
use today. She chaired a state-wide working group co-sponsored by the Judicial
Council and the California Law Revision Commission established to recommend
legislative and policy changes to the 3 Track Civil System that ultimately resulted in
increasing the Small Claims monetary jurisdictional amounts in California. This
committee further investigated and caused the implementation of rigorous statewide
training standards and programs for attorneys serving as pro tem judicial officers. In
2007, Yale Law School selected her to teach at their China Law Center in Beijing,
China, courses on small claims and limited civil procedures to selected judges from
throughout China.
Prior to her appointment to the Pasadena Municipal Court in 1996 and
subsequent elevation to the Superior Court in 2000, she was an Assistant City Attorney
for the City of Los Angeles.
Judge House graduated from UCLA with a Bachelor of Arts degree in English in
1975. She received her Juris Doctorate from the University of San Diego in 1978 where
she was on Law Review and the Moot Court Board. She is an adjunct Professor of Law
at USC, teaching evidence and a member of the Los Angeles Lawyer Editorial Board.