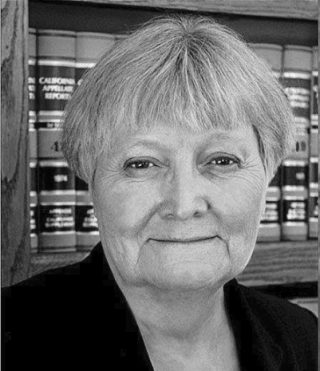 FAY BLIX, a graduate of Western State University College of Law,
has been practicing law in Orange County since 1984. She presently devotes the
majority of her practice to addressing the legal problems of older adults and
those living with disabilities. She was among the first group of attorneys in the
nation to be certified as an elder law attorney by the National Elder Law
Foundation in 1995. She is a Veteran’s Administration agent accredited by the
Department of Veterans’ Affairs.

Her awards include being named Lawyer of the Month by the Orange
County Bar Association in May of 1993, and Elder Advocate of the Year by
Orange County Senior Roundtable in 1994. The Orange County Alzheimer’s
Association named her 1996 Public Policy Volunteer of the Year and the
Alzheimer’s Association California State Council presented her with the
Distinguished Volunteer Award in January, 1997, for her work on legislation for
Alzheimer=s families. In December 2000, she was awarded the 2000 Hall of Fame
Award by the Orange County Bar Association Elder Law Section. In November of
2001, she was the recipient of the National Academy of Elder Law Attorneys
Powley Elder Law Award, which is presented each year to a NAELA member who
has demonstrated a commitment to promote, in the minds of the general public, a
greater understanding of the rights and needs of the elderly. In May, 2003, she was
given the Outstanding Chapter Member Award from the Southern California
Chapter of NAELA, and in May of 2005 she received the Maureen Reagan
Outstanding Advocate Award from the National Alzheimer’s Association. In
October, 2005, she was named Rising Star in Advocacy by WomanSage. In 2007,
she was designated as a Fellow of NAELA and in September of 2009, she was
given the Spirit of CEB award. In 2012, she received the NAELA John J. Regan
writing award for her article on end-of-life issues and health care reform in The

NAELA Journal. She also has been named as one of Southern California=s Super
Lawyers and Best Lawyers in America for the past several years

Her teaching and writing careers include such things as being an
instructor for the Gerontology Training Institute, CEB lecturer in Elder Law
and lecturer for attorney training classes for the National Business Institute,
California Advocates for Nursing Home Reform, Elder Counsel, National Elder
Law Foundation, and the National Academy of Elder Law Attorneys. She also
is an author of several chapters in the CEB books, California Durable Powers of
Attorney and California Elder Law, Resources, Benefits and Planning.

Ms. Blix served on the steering committee of the Women’s Studies in
Religion Masters program of the Claremont Graduate School in Claremont,
California and the Goldsmith Legacy Foundation. She also served on the
Governor’s Alzheimer’s Advisory Task Force and was one of the members of
the task force for the State Plan for Alzheimer’s Disease and the task force for
Alzheimer’s Guidelines. She served on the audit committee, the planned giving
executive committee and the board of the Alzheimer’s Family Services Center,
as well as on the California State Council of the Alzheimer’s Association. She
was on the board of NAELA’s Senior Political Action Committee. In addition,
she has served on the Executive Committee of the Board of the Alzheimer’s
Association of Orange County and chaired the public policy committee of the
Alzheimer’s Association of Orange County. She is a past President of the
Southern California chapter of the National Academy of Elder Law Attorneys.
She previously chaired the NAELA Certification Review course for those
attorneys wishing to qualify as certified elder law attorneys (CELA) and the
NAELA telephonic seminar committee, and co-chaired the National Elder Law
Foundation Practicum Committee. She also was a member of the Leadership
Circle for UCI-MIND. She has served as a member of the Loma Linda
University Medical Center Bioethics Committee and the ethics committee of
the Orange County chapter of the Alzheimer’s Association.

Ms. Blix is a frequent lecturer on elder law and estate planning issues for

both professional and layperson groups.